Installing Lubuntu 16.04 was pretty easy, but, as regular Linux users know, there are usually a couple of sharks hiding that you have to dispatch before your system will work perfectly.

After running the system for a while the wireless internet will stop working.

But this returns the message:

Failed to add /run/systemd/ask-password to directory watch: No space left on device

But I have lots of space available on the hard disk, in RAM, and via swap. What's going on?

As discussed here, it turns out that the Crashplan back-up service, which I have, is the most likely culprit. It uses many inotify watches and, eventually, eats them all up.

The immediate fix is to run:

The long-term fix is to edit the file /etc/sysctl.conf to include the line:

It's been a few days now and the problem hasn't returned since I did the above.

#Disppearing text in Thunderbird and Alt+Tab

It looks like this (I've whited out most of the columns for privacy, but you can see the issue in terms of lines that have no text): 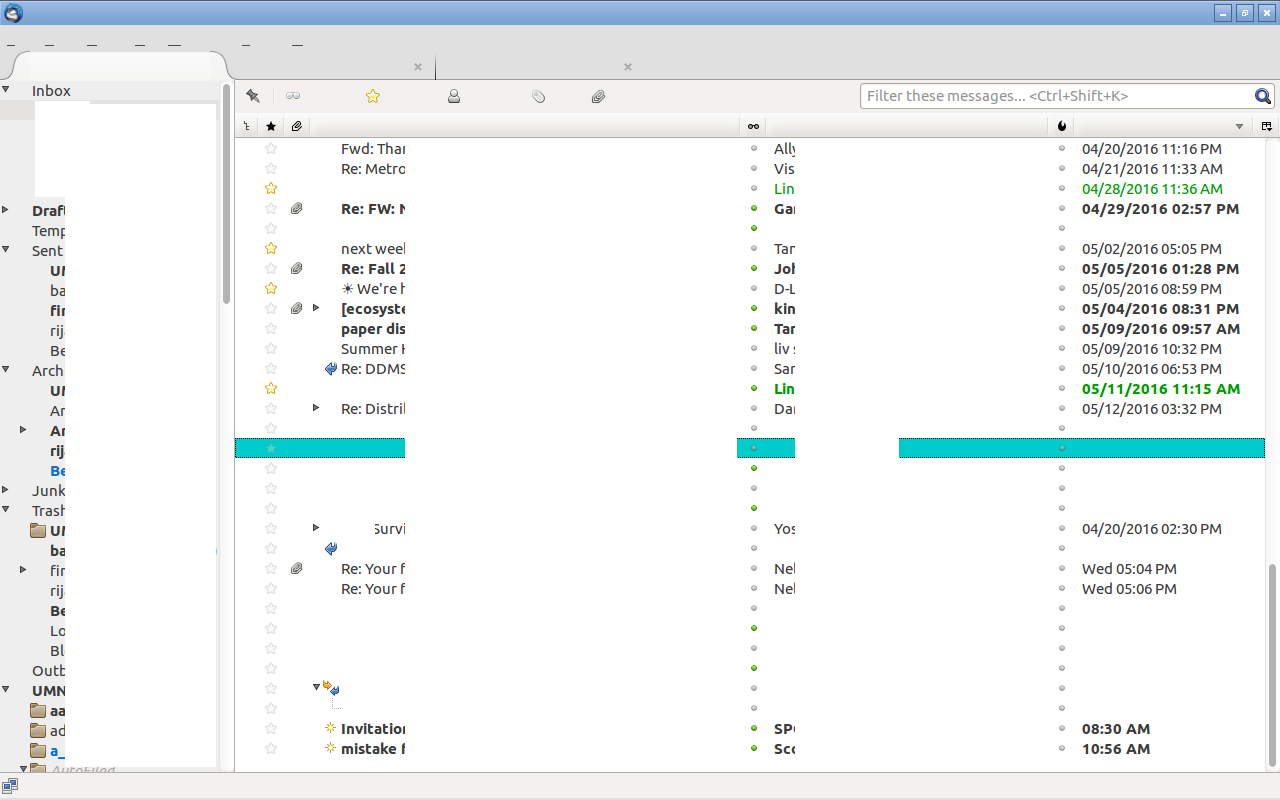 Closing Thunderbird and reopening resolves the problem until the next time the computer is put to sleep and wakes up again.

Running from the command line did not generate any useful debugging information.

Status: This somehow resolved itself, or I fixed it and don't remember how.

#Can't hover over an lxpanel menus

Running killall lxpanel and lxpanel & from the command line yield a panel which worked. Running meld on