These instructions are for a 64-bit Lenovo Thinkpad X201. They work on my machine. They are not guaranteed to work on other machines, but they may: the X201i is a good candidate for cross-application.

Attempting these instructions may help you throw of the yoke of corporate and government oppression.

Attempting the following may also brick your machine. 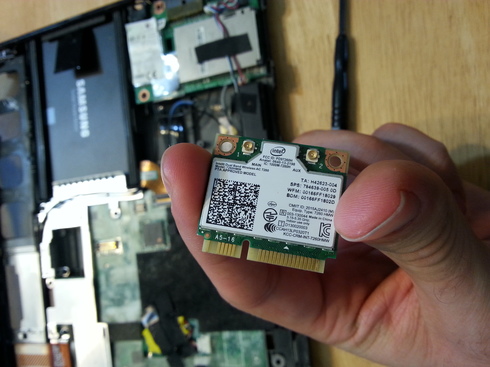 My Lenovo Thinkpad X201's a beast.

WiFi: seeming a bit off.

Today, I'll fix that. But it'll be harder than you might think.

The new card should operate from 43+ Mbps up to gigabits. Further, it makes the following promise:

The 802.11 ac, dual-band, 2 x 2 Wi-Fi plus Bluetooth adapter that lets you move at the speed of life with faster speeds, higher capacity, broader coverage, and longer battery life. Combined with 4th generation Intel Core processors and exceptional Intel wireless innovations, the Intel Dual Band Wireless-AC 7260 dramatically reshapes your connected experience at home, work, or on the go. NOTE: May or may not work with Hp and Lenovo notebooks

Uh oh... what about that last part "May or may not work with Hp and Lenovo notebooks".

As it turns out, if I were to just plug the card directly into my Thinkpad, I would get the following dreaded message:

1802: Unauthorized network card is plugged in - Power off and remove the miniPCI network card.

This is because the Thinkpad's BIOS contains a so-called whitelist of cards that the computer is willing to work with. If any other card is attached, the Thinkpad will refuse to boot until the card is added.

Some folks on the internet claim this can be fixed by putting tape over Pin 20. On some computers, Pin 20 is used by the BIOS to disable a WiFi card it doesn't like; disabling Pin 20 will therefore allow the card to continue to run. In other cases Pin 20 corresponds to a hardware switch on the computer that is no longer used (the WiFi card being controlled only by software); disabling Pin 20 will therefore leave the card unconfused.

Pin 51 has something to do with the Bluetooth.

Since this method is very non-invasive, it was a good place to start. Just use a scissors and steady hands, as depicted below: 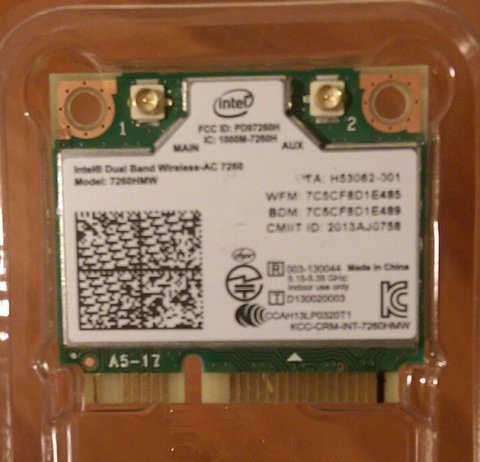 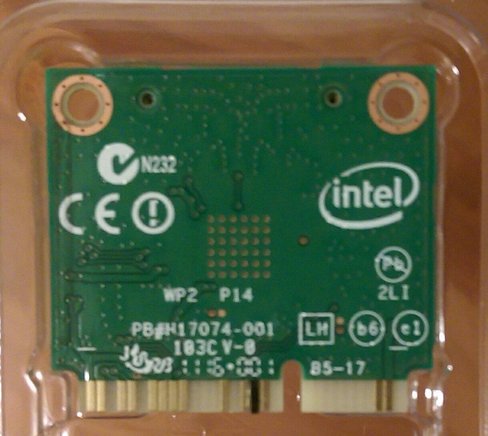 Unfortunately, this did not work on the Thinkpad X201. The BIOS still sees the alien card and, rather than bothering to disable it, the computer simply refuses to boot until you remove it.

Continuing on this, we'd then have to alter the WiFi driver software so that the correct drivers got loaded.

A benefit of this method is that if you brick the ~$20 WiFi card, it's cheap and easy to replace.

The downside is that you'd (I'd) have to modify what is probably poorly- documented driver software and figure out how to get the modified software to interface with the kernel.

I hate doing that kind of thing. Which brings us to the third, and scariest, method.

Modding the Thinkpad X201's BIOS (A scary, but doable option)

The most general method would be to alter the Thinkpad X201's BIOS to eliminate its whitelist (or, more reasonably, have whitelist checks always return "good").

The downside to this method is that you can brick your computer. But at least you won't have to deal with driver software!

We'll start by upgrading the BIOS to the newest version.